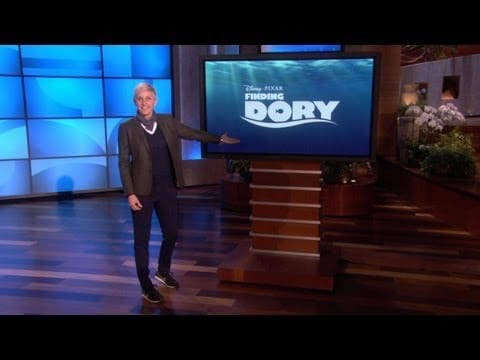 As Ellen was the voice actress for the blue sidekick Dory in Pixar‘s adorable animated film Finding Nemo, she of course, was hoping for a feature film sequel.

But as any half-decent Ellen fan knows, after years and years of countless other movie sequels, Ellen was starting to get worried she wouldn’t get her second chance in the ocean.

Finally, Pixar and Disney have conceded. There will be a second Finding Nemo story, focused around Ellen’s character, titled Finding Dory.

Jen Cornwell is a cautious and cynical web viewer, and comments, “*Checks date to see if april fools joke*”