Advertisement
Video > Man Towing Boaters Accidentally Hit In The Face With Beer Can, Falls Into Lake

Man Towing Boaters Accidentally Hit In The Face With Beer Can, Falls Into Lake 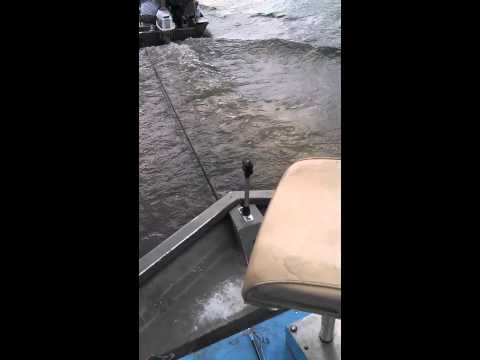 Dane Steube was on the lake when he and his fellow boaters ran out of gas. Thankfully, a another nice crew of people enjoying the lake gave them a tow. While towing, one of the helpful men who obviously already had a couple, yelled to his new friends, “Hey, I need a beer.”

They may not have had gas, but they naturally had planned ahead and had plenty of beer. “He needs a beer, throw him a beer,” the cameraman responded.

Problem was, the beer can hit the receiver directly in the face, causing him to fall off the boat into the water.