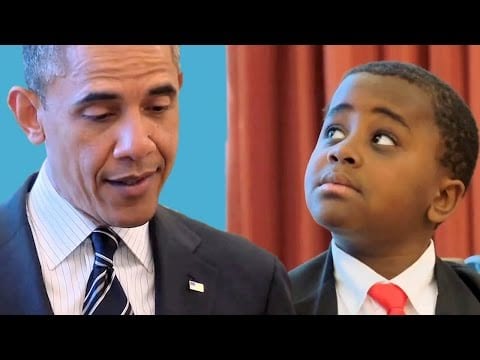 With the help of Hollywood famous Rainn Wilson’s Soul Pancake YouTube channel, Kid President has become a common name in the Internet headlines.

Amazingly, as reported in this new viral video, Kid Pres has already achieved his dreams, meeting the President of the United States, Barack Obama, in the Oval Office.

After being told he was doing awesome, Obama answered, “You think I’m doing awesome? Thank you. I think you’re doing awesome. Both of have a lot of responsibility, but we’re handling our business.”

Music by Sleeping At Last.