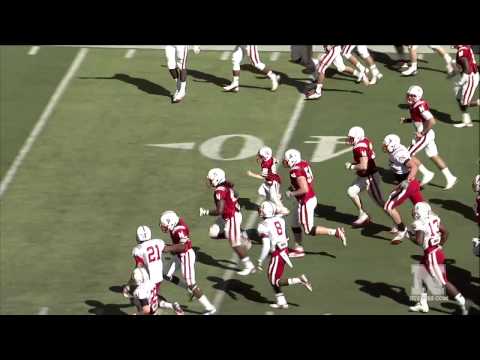 Seven year old Jack Hoffman of Atkinson, Nebraska is not your everyday boy. For one thing, he is battling brain cancer. For another, he is supported by the Nebraska Huskers support crew Team Jack.

Jack was befriended by star running back Rex Burkhead, who has since been the leader of the support team.

Football operations director Jeff Jamrog and C.J. Zimmerer thought it would be a great opportunity to get Jack on the field during the big Spring Game.

When it was finally Jack’s time to shine, he ran 69 yards to score a touchdown. Both benches were emptied as all the players rose to their feet to celebrate Jack’s touchdown.

Since debuting over the weekend, the heartwarming video has garnered over 1.8 million views, and is further reviewed on HuffPost, NewYorkDailyNews, FoxNews, and NBCSports.