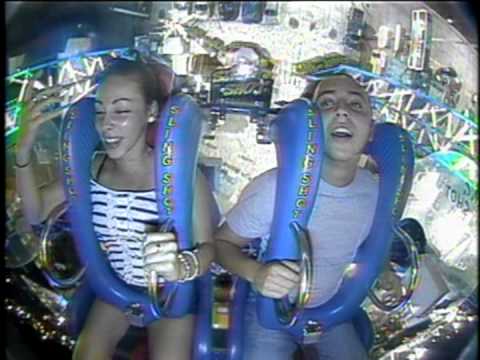 Sling shot park ride videos seem to never get old. Viewers just love watching riders as they scream, curse, and even pass out from the brutally fast theme park rides.

Xxtctbmexx published her friend’s sling shot ride video back in September, but it has only started to trend now, amassing over 400,000 views since the start of April.

The video features a nervous teen couple riding the sling shot. The forces were so strong for the guy, he actually passed out. Twice!

Incredibly, when offered a second ride for a reduced price after finally touching back down on the dirt, all the teen could answer was, “Let’s do it again, let’s do it again! Charge it on the card baby!”