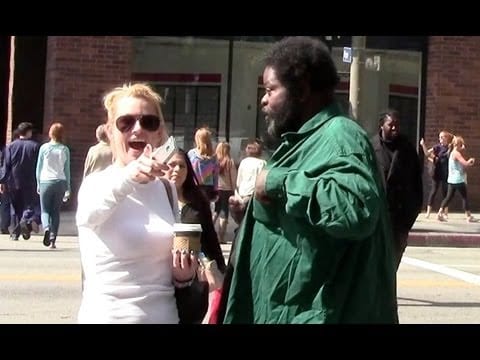 No matter where you are in the civilized world, it seems the same social problems persist. Homelessness is of course one of the most glaring issues around the globe.

Most people offer their change or few bucks to the unfortunate when they happen upon them on the streets, almost as an automatic reaction.

But how would people react when an apparent homeless man starts offering them money?

Greg of Mediocre Films thought it would make for an interesting social experiment. He recruited his actor friend Bruce to dress as a homeless person would, and instead of asking for a buck, he offers passersby money.

Some people take the money with a smile, but most are apprehensive to accept any gifts from someone seemingly less fortunate than them.