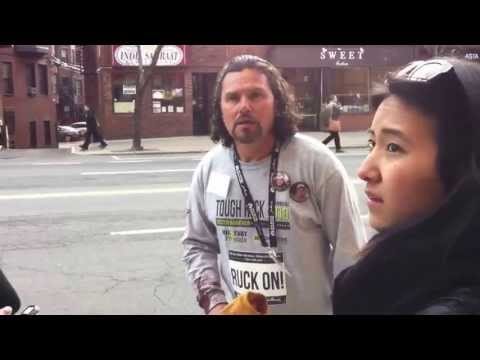 The name Carlos Arredondo has quickly gone viral after the horrific attack at the Boston Marathon. Who is the man? He was one of the first-responders at the finish line who . He has been nicknamed ‘cowboy’ by the media in honor of his epic cowboy hat.

After the bomb scene had finally calmed, Carlos gave this powerful impromptu interview on the street which is now going viral as well.

Shaking vigorously–most likely from adrenaline, emotion, the cold–he tells the interviewers how limbs seemed to be everywhere after the blast. He heard many maimed people ask for help all around him, but he knew he could only help one person at a time. And he did.

No doubt, his blood soaked American flag will live on as a symbol of the attack and America‘s resilience.