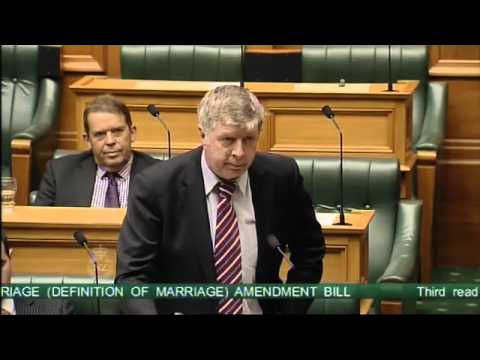 But change didn’t come easy. Member of Parliament Maurice Williamson was peppered by constituents who seemed to think approving a gay marriage bill would result in the end of the world.

To put an end to all that nonsense, Maurice gave this epic speech in parliament that has instantly caught fire online today after being published by the New Zealand Herald.