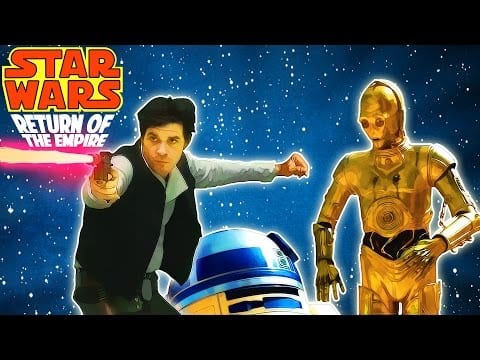 Last week, Sam Macaroni published this parody of what the upcoming new Star Wars film made by Disney may be like, and already it has been viewed over half a million times.

The mashing up of Star Wars and Disney has been done many times before after the news of the merger broke, but that doesn’t make this Star Wars VII: Return Of The Empire spoof any less epic.

What could be better than Darth Mickey looking for R2, 3PO, and Wall-E all the while Luke is trying to save his sister from the hooka smoking caterpillar from Alice In Wonderland?