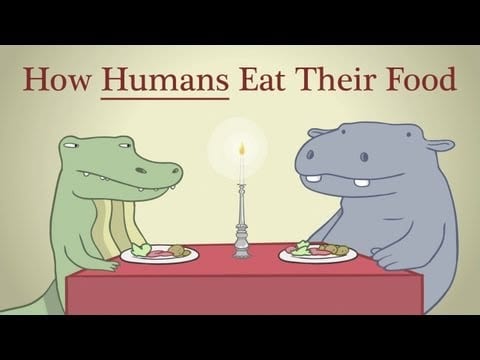 By now, most online viewers have seen the hilarious How Animals Eat Their Food viral video. In just two weeks, the parody of animal eating habits has been seen over 45 million times.

Naturally, many parodies and spoofs of the original have surfaced. Last week, Derick Watts & The Sunday Blues published this cutesy cartoon parody which showcases two animals demonstrating how people eat their food, and now they have gone viral in their own right. Already, the video has amassed over half a million views.