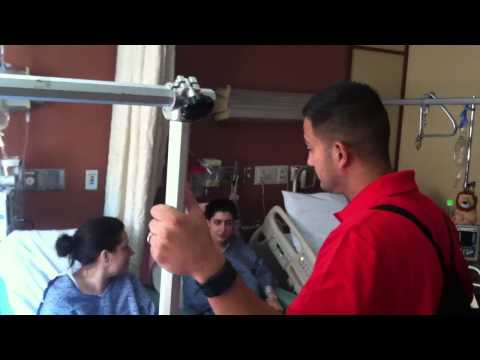 Celeste and Sydney Corcoran have become famous as the mother and daughter who were both brutally injured by the explosions at the Boston Marathon last week. Now, the two are recovering together in the same hospital room.

To raise their spirits, marines who sustained similar leg injuries visited Celeste and Sydney in the hospital.

“This is basically the start, this is the new beginning for the both of you,” the marine told the two standing on his titanium legs.

Alyssa Carter just posted this video of the touching scene and already it is going viral. Send your love to their Facebook page and donate to their recovery fund.