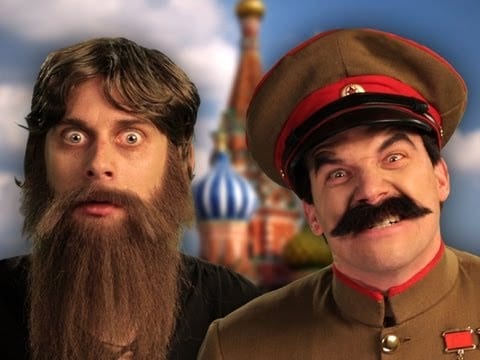 Joseph Stalin was, of course, the ruthless, early-20th century leader of the USSR. Lesser known Grigori Rasputin was the adviser to the Russian Imperial family, and rumored as a mystic.

A century later, the two famous Russians rise from the dead to duel it out linguistically on the web’s most popular rap show, Epic Rap Battles Of History.