Advertisement
Video > Guy Shows When His Mom Leaves The Room, Her Bird Attacks Him

Guy Shows When His Mom Leaves The Room, Her Bird Attacks Him 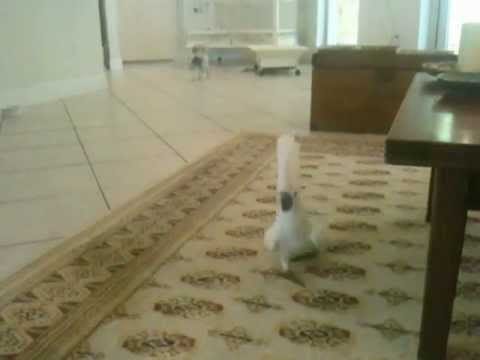 Nowledge says his mother‘s pet bird Boo bit a piece of his brother’s ear off, Mike Tyson-style, and that the bird ‘has not rid the taste from her system.’

He demonstrates this fact by asking his mom to leave the room. Also immediately, Boo climbs down from her cage, and menacingly waddles over for a bite.

“Alright mom, now would be a good time to come out.!” he calls out as the tiny ‘dinosaur’ closes in on him. “I know what you what to do. You want to rip my face off,” he says to Boo.

Now, the two day old video has garnered over one million views, even though the video was recorded ‘on a potato.’