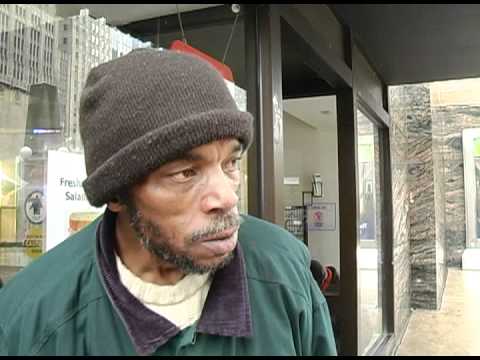 Last summer, Kim Clark and her team created a series entirely based on this powerful interview, called Big Questions. But only has the video gone viralviral, amassing over 350,000 views in just one day after appearing on Reddit.

Homeless man Ronald Davis discusses the trials and tribulations of being homeless in Chicago. He truly puts things in perspective when he tells the interviewers how he can’t get a job without a phone, and can’t get a phone without a job.

Now, it seems Ronald is the new homeless star of the web, just like Ted Williams, aka The Man With The Golden Voice. The story has already been picked up by Gawker and HuffingtonPost.