Escaped Lion At The Park Prank 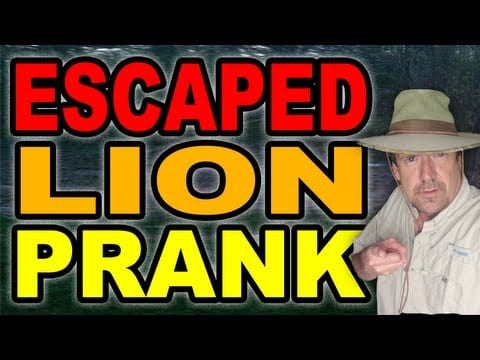 YouTube is packed with prankster these days, but Tom Mabe is one of the originals, standing with over 19 million video views. That number is about to climb higher, as Tom’s latest prank video is hilarious, and is already going viral.

Dressed as a safari zoo keeper, Tom hid a boombox playing a CD of a lion roaring in the bushes at the park and paced around the area. As passersby made their way towards him, he would discuss the serious lion matter on his official sounding walkie-talkie and warn people to stay away.

The prank worked so well that soon the local media was covering the story, and even the police showed up.