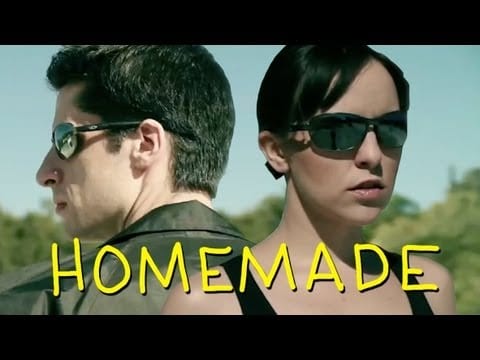 The ‘bullet time’ scene in The Matrix is no doubt one of the most popular scenes in the film. Ever since the slow motion dodging, dubbed ‘bullet time,’ has been spoofed and parodied countless times.

CineFix loves the movies so much, they don’t care if they aren’t the first to make their own homemade Matrix scene.

So they invited popular YouTuber Olga Kay to play Trinity and Jeremy Jahns to act as Neo in an extremely low budget, yet highly entertaining, shot-for-shot remake of the popular scene.