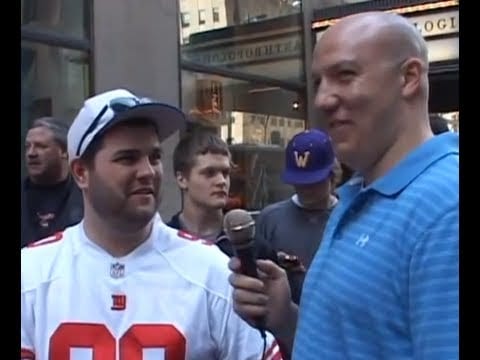 Jimmy Kimmel has proven that people will act as know-it-alls, especially when there is a camera pointed at them. Countless times, Jimmy has sent his camera crew to Hollywood Blvd to ask passersby about fake or nonexistent events.

The last video of his to trend was when the camera crew asked fans at the Coachella music festival about fake bands. Naturally, the hipsters couldn’t control themselves, admitting to loving the groups that don’t exist.

That prank video from just this week has garnered over 9.5 million views.

Viewers can’t help but laugh at the fools who only seem to dig themselves deeper in the lie hole. Already, the two day old video has collected over a quarter million hits.