‘Real Life Batman’ Even Has His Own Batcave Movie Theater 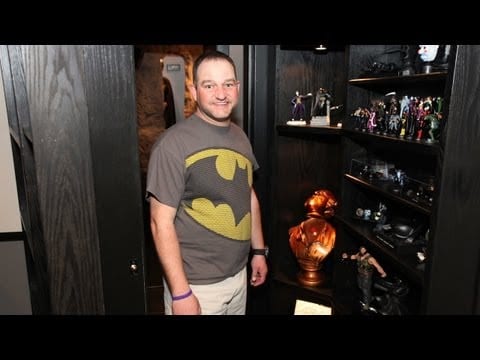 Chris Weir is not your average Batman fan. Not only does he have over $100,000 worth of Dark Knight posters, memorabilia, and action figures, but he even  built his own Batcave in his suburban home basement.

The best part? The Batcave can only be accessed through a hidden switch buried in a replica of the William Shakespeare bust famously found in Wayne Manor in the Batman movies.

Since Chris is married with kids, he doesn’t fight much crime, so he made his Batcave an epic home movie theater for viewing of Batman movies, TV shows, and cartoons.