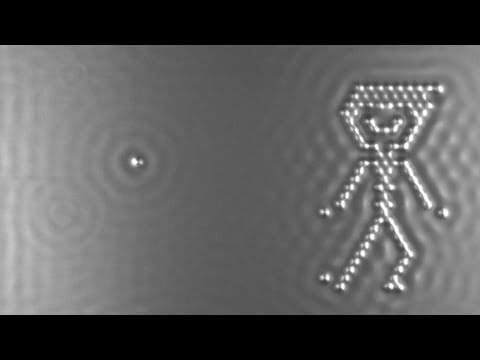 To cram even more storage space into the smallest of chips, technology companies like IBM must take their research to the next level.

As apart of their new atomic memory, IBM is literally manipulating the smallest particles of any element in the universe to our advantage.

To promote their new breakthrough, IBM commissioned this adorable stop-motion short film made up of frames from their atomic microscope.

Appropriately, the short is titled A Boy And His Atom.

Now, the video has earned the handle as the smallest movie by the Guinness World Records, and has garnered over one million views in just one day. The video is further featured on Geek, Wired, and NPR.