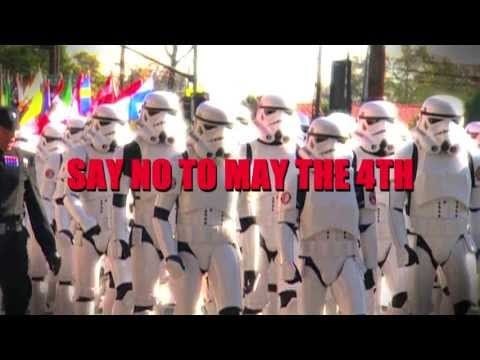 For years, May 4th has been acknowledged as a nerdy Star Wars holiday based on the similarities of ‘May of the Force be with you’ and May the fourth.

As the Internet only grows bigger, so has the popularity of the holiday.

Well, the Empire has had enough of the Jedi supportive day, and have officially banned it. Not only that, but they have launched a fierce anti-May the 4th PSA campaign, titled Say No to May the 4th.

Now, all the The Empire needs to do is further promote ‘Revenge of the 5th.’