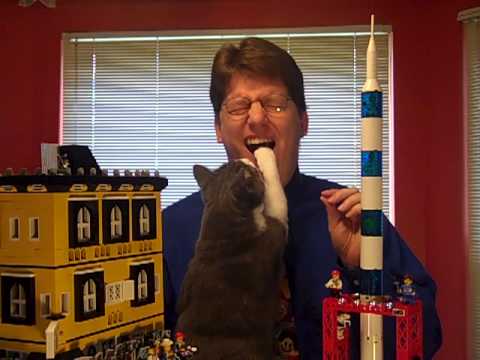 There’s nothing better than when a pet interrupts something important or serious, especially when it’s caught on camera. The Internet just loves when it happens.

Two years ago, philosopher Uccnyc was practicing in front of the camera when his kitty ruined the philosophical moment. That original video quickly scooped up a million views.

Another time last year, a cat interrupted a professional basketball game in the Middle East, causing more excitement than the actual sporting event.

Now, Sam Scott Lapin and his feline friend are the latest to trend. Sam was trying to finish his Lego Town promotional video for his son’s school when his cat walked up to him and literally ‘shushed’ him with its paw.

Sam naturally couldn’t help but break down in laughter.

The new video is going viral after appearing on TastefullyOffensive, Arbroath, NowMSN, and HuffingtonPost.