Wil Wheaton On Why It’s Awesome To Be A Nerd 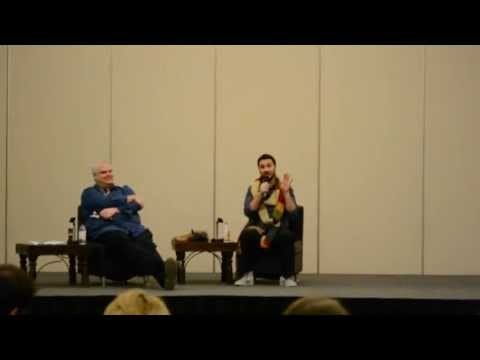 Last weekend, Jennifer Black-Moir was at the uber-nerdy Calgary Comic Expo. Internet popular and Star Trek: The Next Generation famous was there and took part in a Q&A from fans.

Jennifer was lucky enough to ask Wil to explain to her newborn daughter, “Why it’s awesome to be a nerd?”

“Your mother asked me to tell you why it’s awesome to be a nerd,” Wil began. “And that’s an easy thing for me to do, because that’s who I am… Being a nerd meant that I liked things that were a little weird… that  took a lot of effort to appreciate and understand.”

Now, his kindhearted and nerdy speech has now gone viralviral, amassing over 300,000 views in just one week. The video is also featured on Salon, Buzzfeed, DailyOfTheDay, VideoSift, and USAToday.