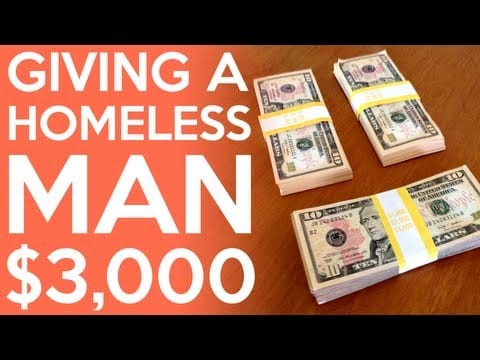 Back in March, comedy channel Whatever 2ND went viral with a video of a homeless man with a dancing mustache trick. The clip currently stands with over 1.8 million views.

The crew wanted to help their new found friend out, so they set up a fund raising program on Idiegogo for him. Incredibly, the web offered over $2,600.

The group added $400 to make the total donation a cool $3k. Clydesdale was more than thankful when he received his charity.