Advertisement
Video > Amish IT Guy At The Office

Amish IT Guy At The Office 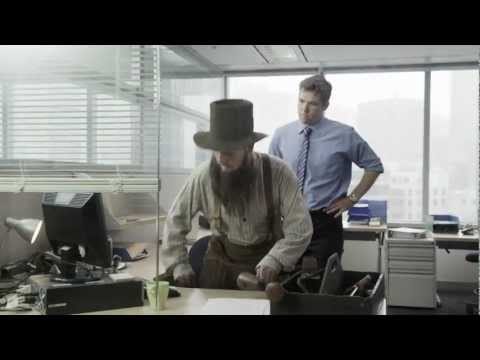 When Tim’s computer freezes up again, he has to call the only IT guy available, Jacob. He seems to always diagnose every computer as simply ‘broken’ after tapping at it with his hammer and measuring the screen.

Tim finally had enough and blew up at Jacob in front of his manager, “You are Amish! You fundamentally reject technology… The T in ‘IT’ stands for technology!”

Naturally, Tim was fired for being so prejudiced.

The humorous month old video is going viral this new week after appearing on other popular sites, such as TastefullyOffensive, HuffPost, DailyOfTheDay, and MostWatchedToday.