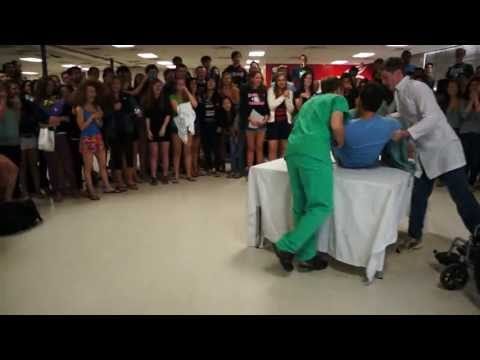 Asking a girl out to prom sure has changed. A boy used to simply ask the girl he had his eye on out to the dance and that was that.

Today, in a world with YouTube and smart phones a plenty, more and more guys are opting to act out an elaborate scene to woo their crush’s heart, and of course later publish the results on YouTube.

VPC Production is the latest group to go viral with an elaborate prom proposal. In front of the entire class they set up a hilarious scene where one ‘pregnant boy’ went into labor.

In the end, he ‘gave birth’ to a healthy teen who quickly asked out his girl to prom who quickly said yes.