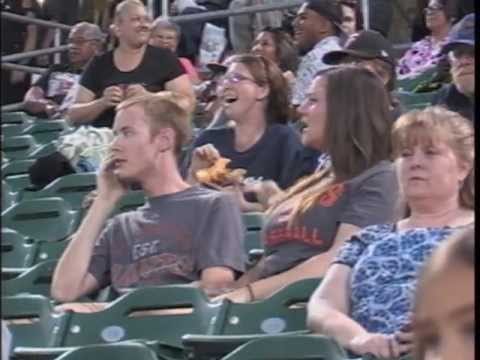 Who doesn’t love the kiss cam while at the big game? Nearly everyone is excited to appear on the jumbo-tron and kiss their significant other.

But one boyfriend wasn’t in a very kissy mood when he and his girlfriend appeared on Fresno Grizzlies kiss cam.

Viewers could feel how excited, and then annoyed, the girlfriend became during those few seconds on the jumbo-tron, but her man was simply busy on the phone, only offered his hand to her lips.

When the cameras finally panned onto the same couple, not for the second, but the third time, and still the same girl was rejected from her kiss, the girlfriend dumped her drink on her boyfriend in front of the entire stadium, dumping him in the same act.

Now, the new video has gone viral, amassing over a quarter million views.