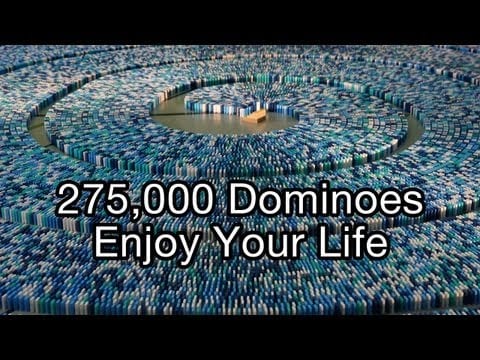 The new YouTube channel Sinners Domino Entertainment has gone viral and has achieved a Guinness World Record as well! The last record for the largest spiral of dominoes was a mere 55,0000.

The dominoes-obsessed crew smashed that record in this video using a whopping 275,000 dominoes to create their spiral. Now, the new clip has gone viral, garnering over one million views so far.