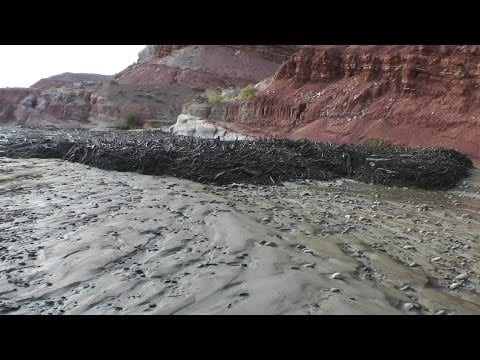 Most people are familiar with storm chasers, but flood chasers? Do people really chase flash floods for fun and excitement?

The latest flash flood he captured on camera was in the Southern Utah desert. After six hours of heavy rain 40+ miles north of his location, he was able to decipher where the flash flood would travel.

It’s quite the sight to see, and is now going viral.