Baseball Player Knocked Over By Skydiver 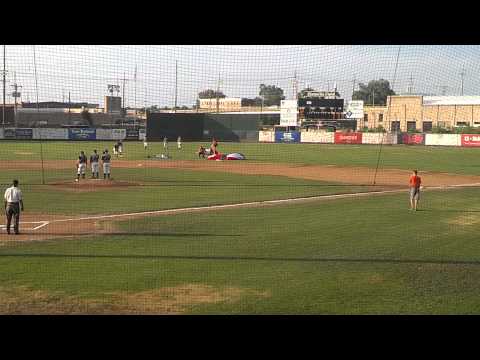 A surprise went awry during the Hannibal Caveman vs Terre Haute Rex baseball game in Hannibal, Missouri. Three skydivers were apart of the opening celebration, but the second hit the wrong mark, knocking over one of the players.

Now,  sbjones20061‘s video is going viral, and stands with over a quarter million views.