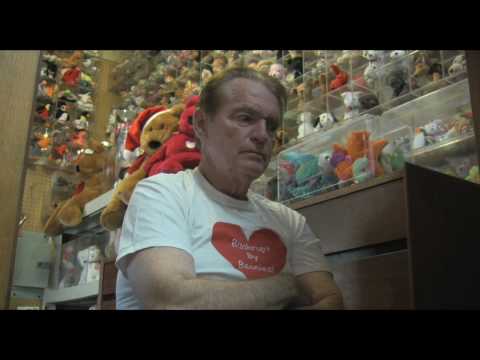 Many will remember in the late 1990’s there was a huge ‘gold rush’ over a stuffed animal series called Beanie Babies.

The collection frenzy grew and grew until a very real market bubble had formed with many of the hard to find toys going for hundreds or even thousands of dollars.

But like all bubbles, it popped just as quickly as it had inflated. Sadly, for Chris Robinson‘s family, they were all in with over $100k ‘invested’ when the bubble burst.

This short documentary about his family was published in 2009, but has only gone viral now, appearing on ABCNews, Yahoo, HyperVocal, and Gawker.