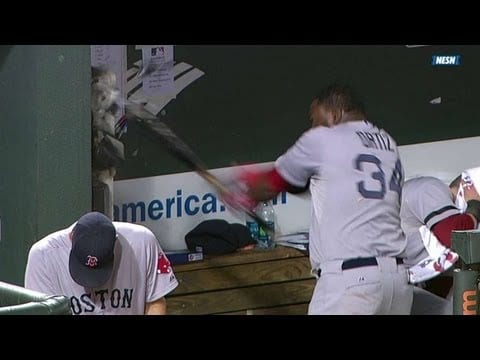 David Ortiz of the Boston Red Sox expressed some serious anger and frustration during Saturdays Orioles-Red Sox game. After striking out and arguing with the ump, Ortiz was ejected from the game.

That only made “Big Papi” rage even harder, until he finally lost control and smashed a telephone in the dugout with a bat to pieces, nearly hitting his teammate’s head at the same time.

“I don’t think that phone is gonna work anymore,” commented one clairvoyant announcer.

Now, the official MLB video is trending into the work week.