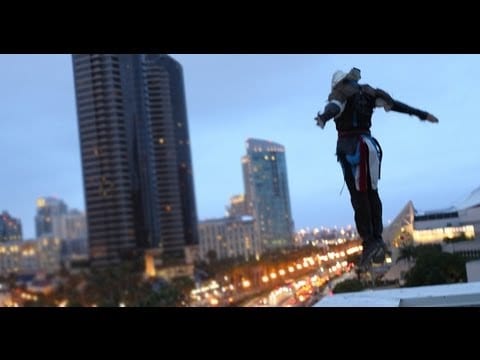 As a promotion for the new Assassin’s Creed 4 video game that is set for release at the end of October, Ubisoft worked with popular YouTube cinematographer Devin Supertramp to produce yet another Assassin’s Creed-inspired parkour video.

The last two AC free-running videos Devin produced starred athlete Ronnie Shalvis, but as he needed some downtime, Chris Romwell stepped in to perform equally impressive parkour jumps and tricks around downtown San Diego when Comic-Con 2013 was still being held at the time.