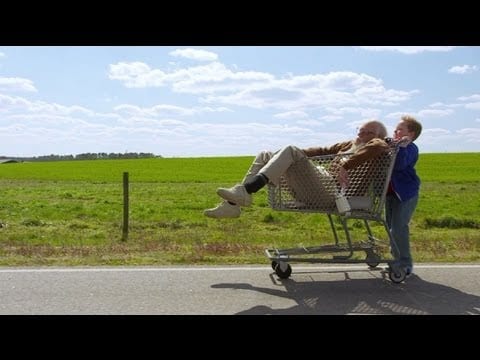 Are movie goers still buying into the ‘real people’ reacting to pre-planned pranks in movies such as Borat and Jackass? Apparently, yes, as Paramount has just announced their newest movie in the Jackass series, Jackass Presents: Bad Grandpa.

As mentioned before, the movie claims to be a scripted film with ‘real people’ reacting to outrageous pre-planned pranks executed by the Bad Grandpa, played by Johnny Knoxville, and his child actor grandson.