Jimmy Fallon And Brad Paisley Perform “Balls In Your Mouth” 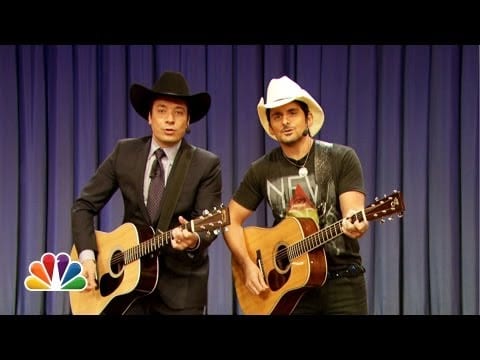 Jimmy Fallon so was outraged by the BP oil spill in the Gulf of Mexico back in 2010 that he was motivated to write a song called Balls In Your Mouth to protest. He’s already gone viral performing the song as a duet with Eddie Vedder and Florence Welch.

As Halliburton has recently plead guilty to concerning the oil rig, and tar continues to plague the once beautiful Gulf Coast, Jimmy was inspired to perform his protest song again, this time with country music star Brad Paisley.