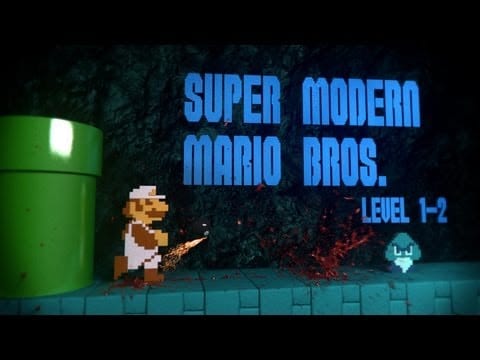 The first two levels from the classic NES game Super Mario Bros. has been reproduced, hacked, and parodied online too many times to count.

Now, they have finally returned to continue the modern reproduction of the classic game with this video of theoretical “game play” from the familiar World 1-2 underground level.