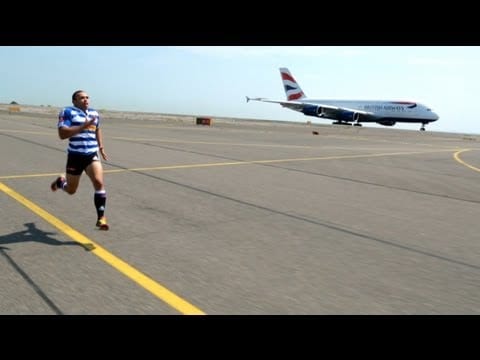 The A380 isn’t just your average jetliner. It is the largest passenger airliner in the world. That makes it a perfect specimen for South African rugby player Bryan Habana to race.

British Airways was happy to hold the race between Bryan and one of their beautiful, brand new A380’s, which is equipped with four monstrous Rolls-Royce Trent 900 engines.

The new race video makes for a great promotion, and has already garnered over 400,000 hits.