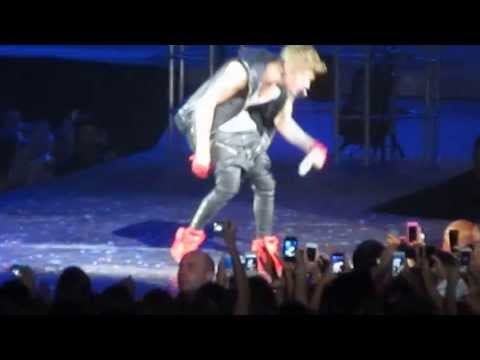 Superstar Justin Bieber is again making headlines, and, as per usual, it’s negative press. At one point during his Believe Tour in Newark, New Jersey, a bunch of passionate fans threw objects on the stage. Finally, one girl threw her iPhone just after Justin asked attendees to stop, so he put the phone down his pants.

Sara Tomlinson, like every other fans in attendance, caught the whole scene on camera. Now, her video has gone viral over the week, garnering over 225,000 hits.