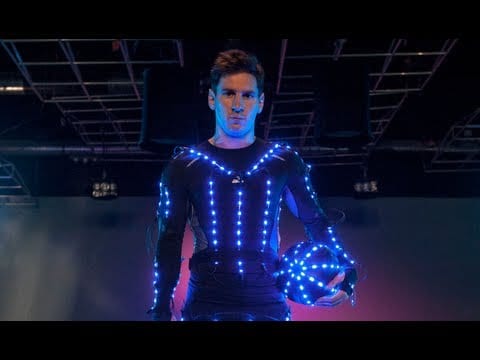 They outfitted the famous athlete with a special LED light suit covered in hundreds of small LED’s and gave him an LED soccer ball to perform some sick football maneuvers in super slow motion.

The new promotional video has instantly caught the viral bug, amassing over 1.5 million views in less than a week.