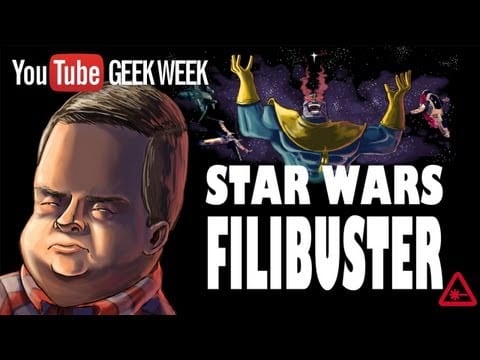 In April, Patton Oswalt guest starred on Parks and Recreation, and later went viral with his town hall filibuster in which he described how he imagined the plot of Star Wars Episode: VII.

Izac Less animated the speech and garnered over half a million hits.

Now, in honor of YouTube Geek Week, Nerdist has made an animation of Patton’s speech of their own.