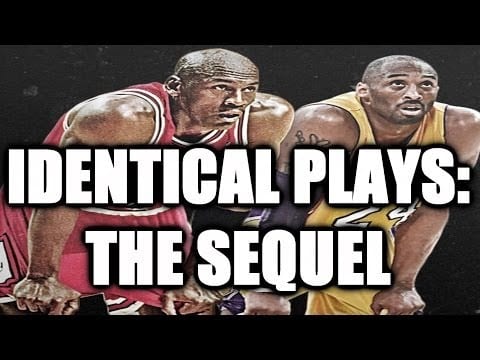 A year ago, Youssef  Hannoun went viral with a video demonstrating how Michael Jordan and Kobe Bryant have identical plays. That video stands with over 3.3 million views.

Now, he has returned with this new sequel which has already garnered over 1.1 million hits since debuting over the weekend. As in the first video, the sequel shows how the two famous NBA stars seem to share a similar playbook.