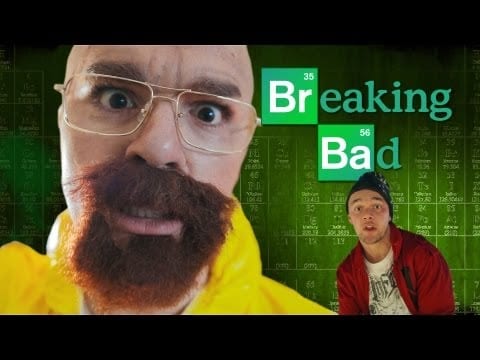 The buzz surrounding Breaking Bad continues online, even after the debut of the first episode of the last season. Nearly every parody show and cover artist has taken a stab at the meth-focused AMC drama, except for musical-obsessed AVbyte.

Thankfully, the musical crew has just launched this new Breaking Bad The Musical video which claims to demonstrates for viewers how to make the illicit crystal substance.