Old Man In The Trunk At The Car Wash Prank 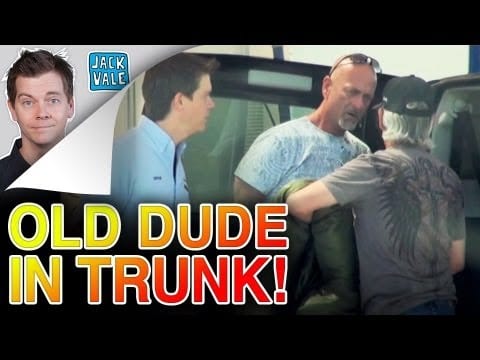 YouTube prankster Jack Vale teamed up with Uncle John to prank some patrons of a car wash. After dropping off their car with attendant Jack, the patrons were called back with the news that the attendants found an old man in their trunk.

Of course, Jack had let Uncle John sneak into the trunk earlier, but the car owner didn’t know that. Naturally, they were shocked and appalled to learn an apparent homeless man had moved into their car trunk.