Advertisement
Video > Invisible Driver At The Drive Thru Prank 3

Invisible Driver At The Drive Thru Prank 3 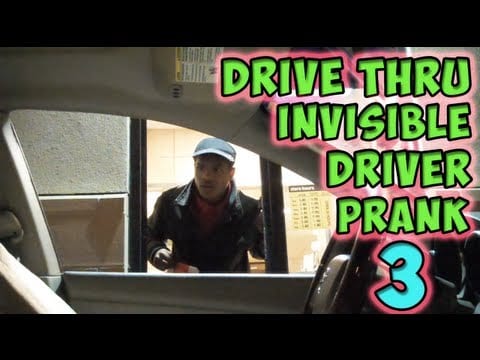 Magician Rahat is back with a third dose of his hilarious invisible driver at the drive-thru prank. As in his past two invisible driver viral videos, Rahat hid under a special seat cover so it appeared no one was driving the car when he pulled up to the drive-thru window to pick up his order. Naturally, the fast food staff don’t even know how to react.