Dash Cam Captures Moment When Motorcyclist Wipes Out On Highway 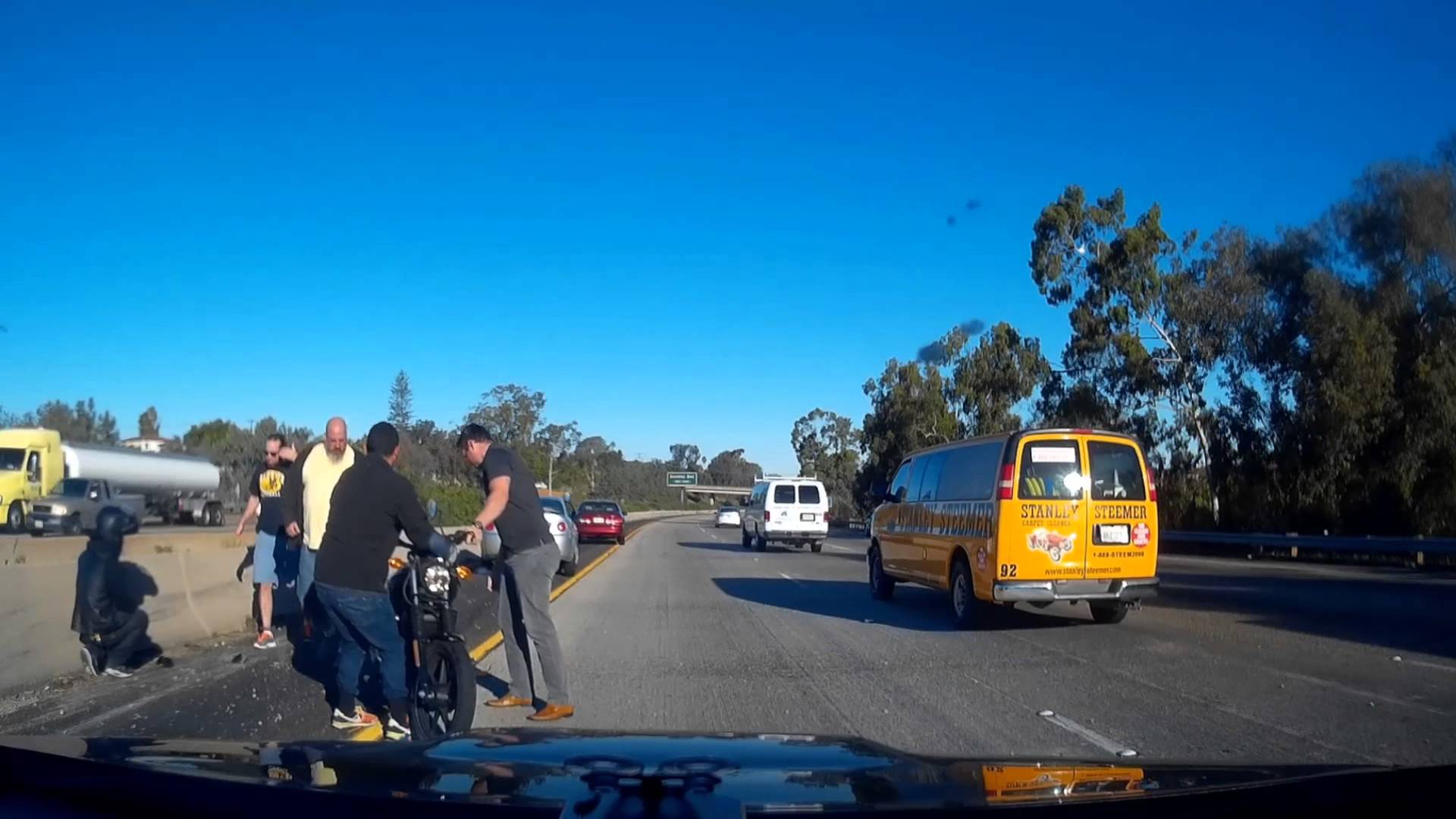 Jonny Five was driving in morning traffic on I-5 in San Diego when a motorcyclist wiped out right in front of him. Traffic seemed to quickly slow down and the biker lost control when his rear wheel began to slip. To make matters worse, the bike flipped over and crashed on his head! Thankfully, he was wearing a strong jacket and a helmet which definitely saved his life. The entire scene was captured on John’s dash camera, and now this clip has over a quarter million hits!