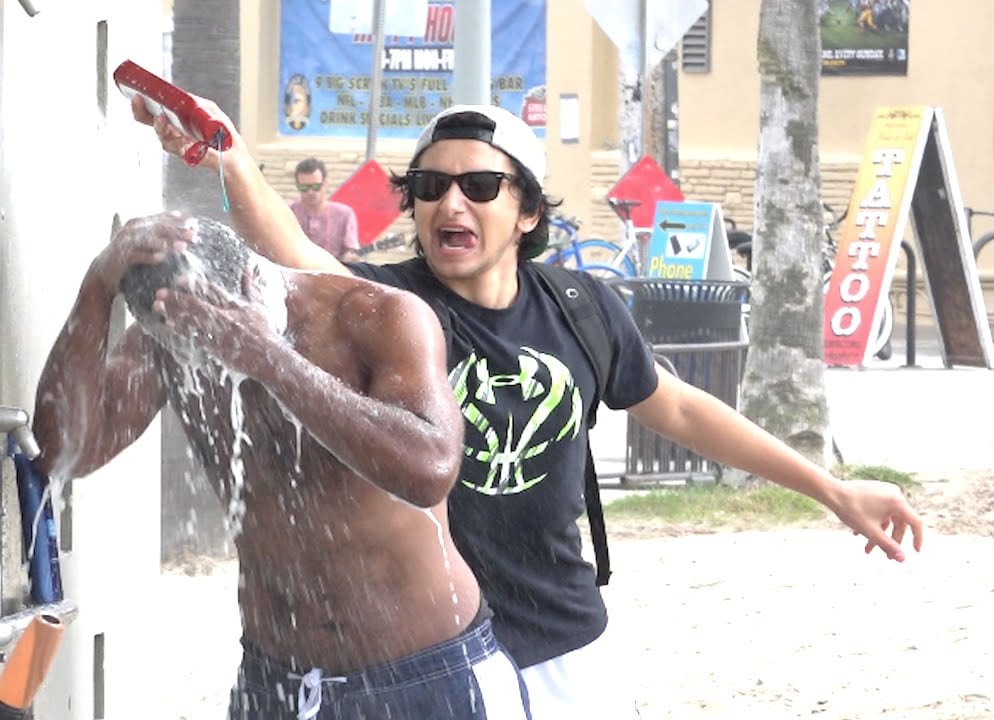 There’s a now classic viral video from 2011 of a guy pranking his friend in the shower. As the kid was trying to finish washing his hair, his friend kept rushing him that they had to go. But as he tried to scrub the soap out, the prankster kept pouring more shampoo on his head. The CHAIZY Channel was inspired by this prank to daringly attempt it in public to strangers washing up at a public beach shower. This clip has gone viral with over 1.9 million hits!