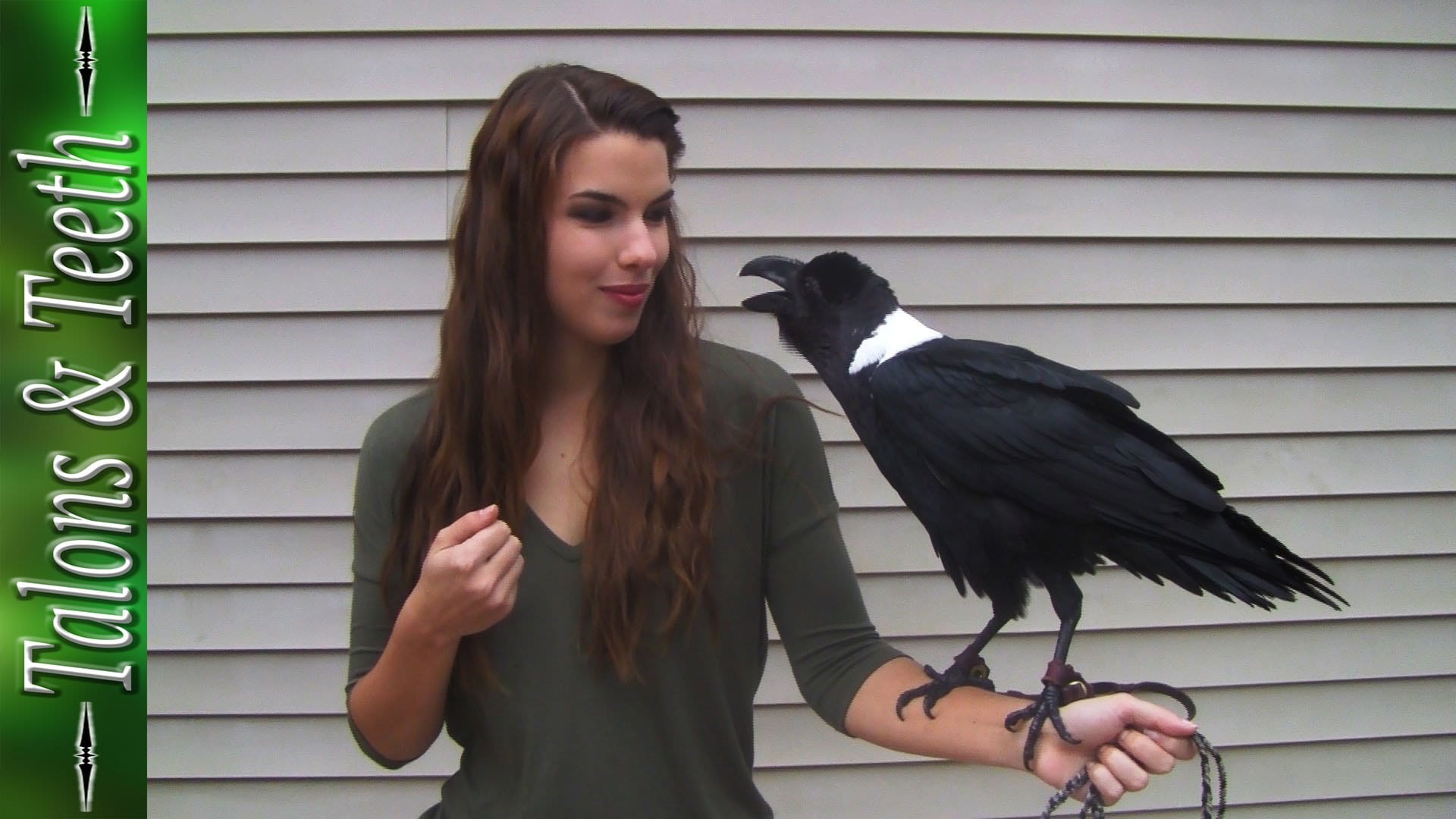 Ravens are one of the smart birds in the animal kingdom. Mischief the White-Necked Raven is well trained and can make a bunch of different noises and sounds on command. He can even mimic human speech. Mischief is so smart, he messes with his caretaker in this viral video.