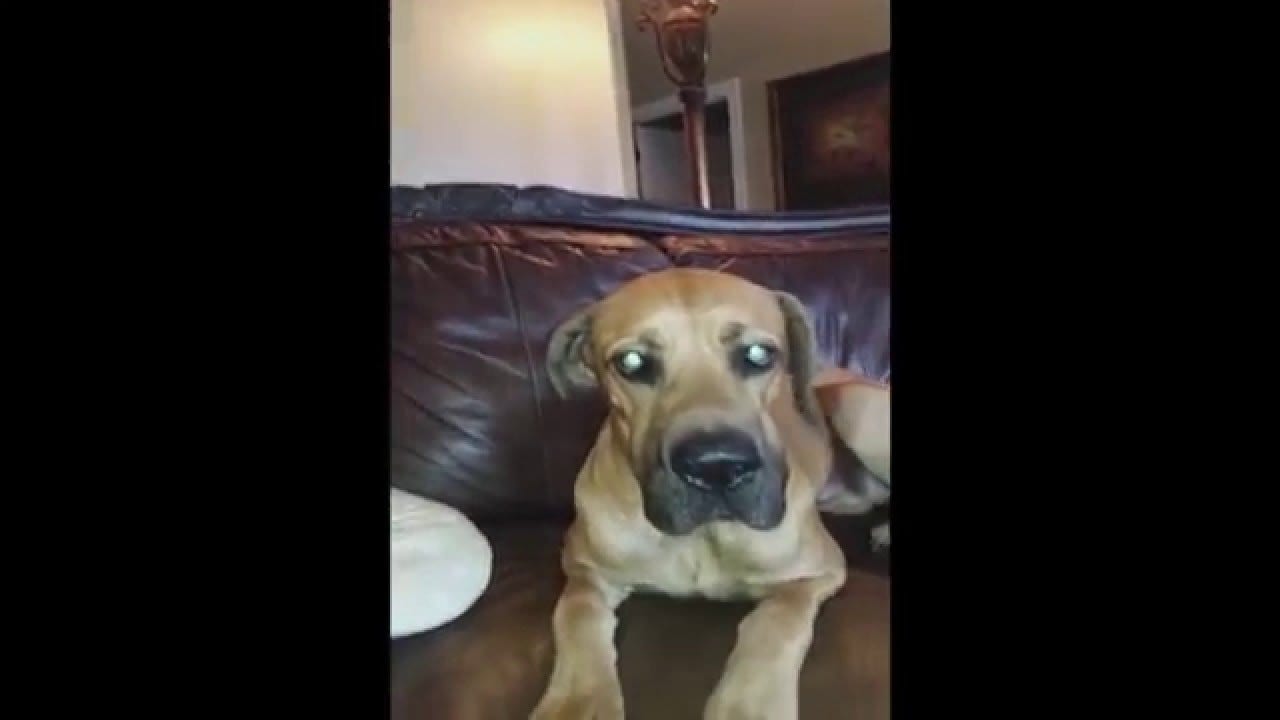 They often can’t help themselves. Dogs instinctually will stuff their faces until they are sick as a way to store up calories for the future when food may be more scare. This dog obviously couldn’t help himself. His owner caught him looking guilty and realized the poor pup had stuffed an entire sandwich in his mouth like a hamster. This hilarious pet video has gone viral with over 150,000 views!