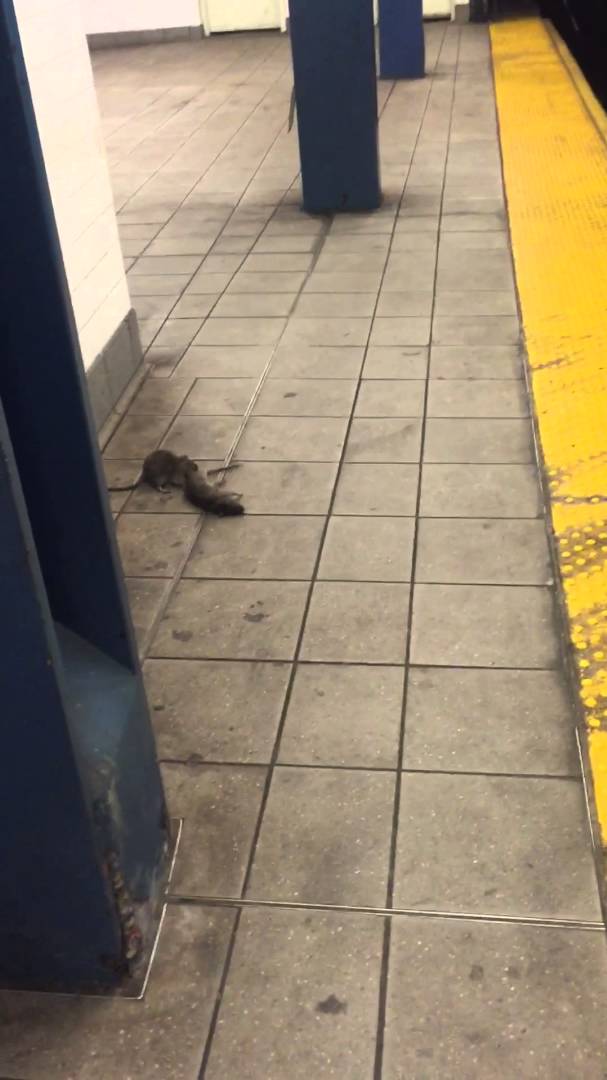 Remember Pizza Rat? The rat in the New York City subway that was captured on camera carrying a huge slice of pizza down the stairs? That video stands with over 8.9 million views! Now, JB José is going viral after posting this troubling video featuring a rat carrying a dead rat down the stairs in the subway. Is the rat carrying the dead one to grieve, or perhaps for more nefarious reason? Ewww.