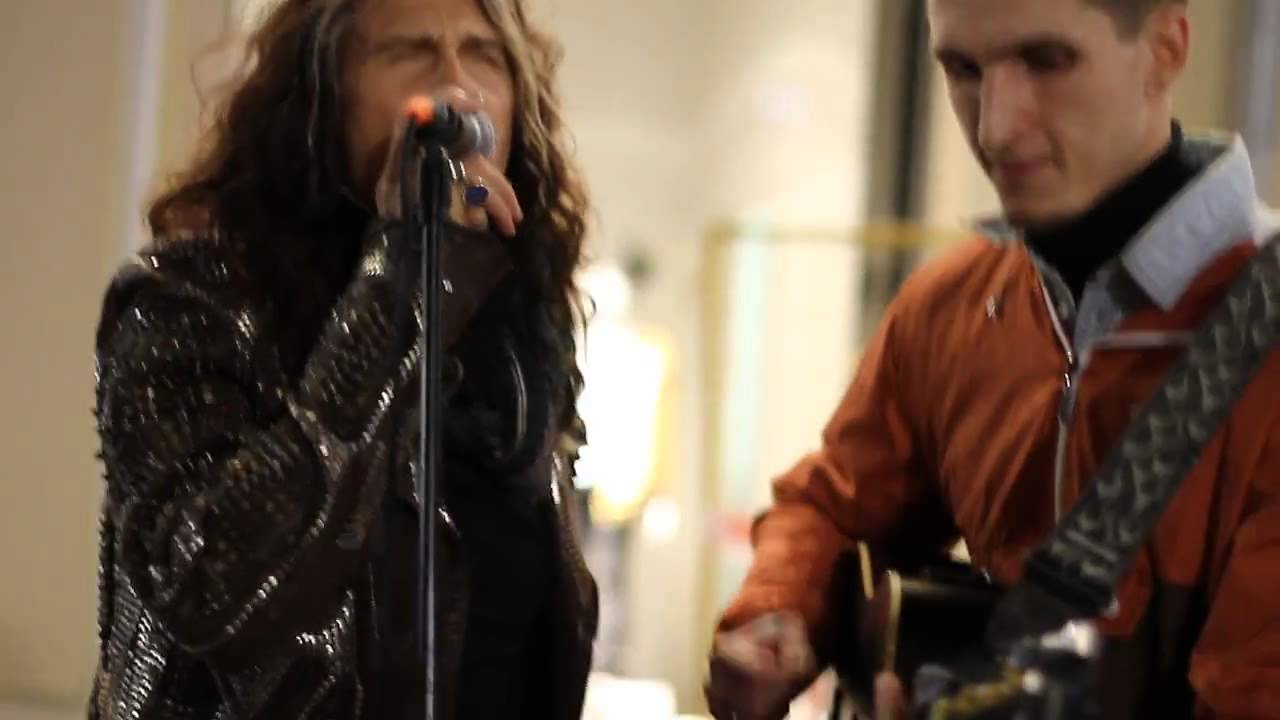 This video went viral in September with over 3 million views, but is trending again now after being posted all over Facebook. While a street musician was performing the Aerosmith classic I Don’t Want To Miss A Thing in Moscow, rock star Steven Tyler incredibly appeared in the crowd, walked up to the performer, and started singing along. It seems the street musician might not even realize the stranger is actually Steven!