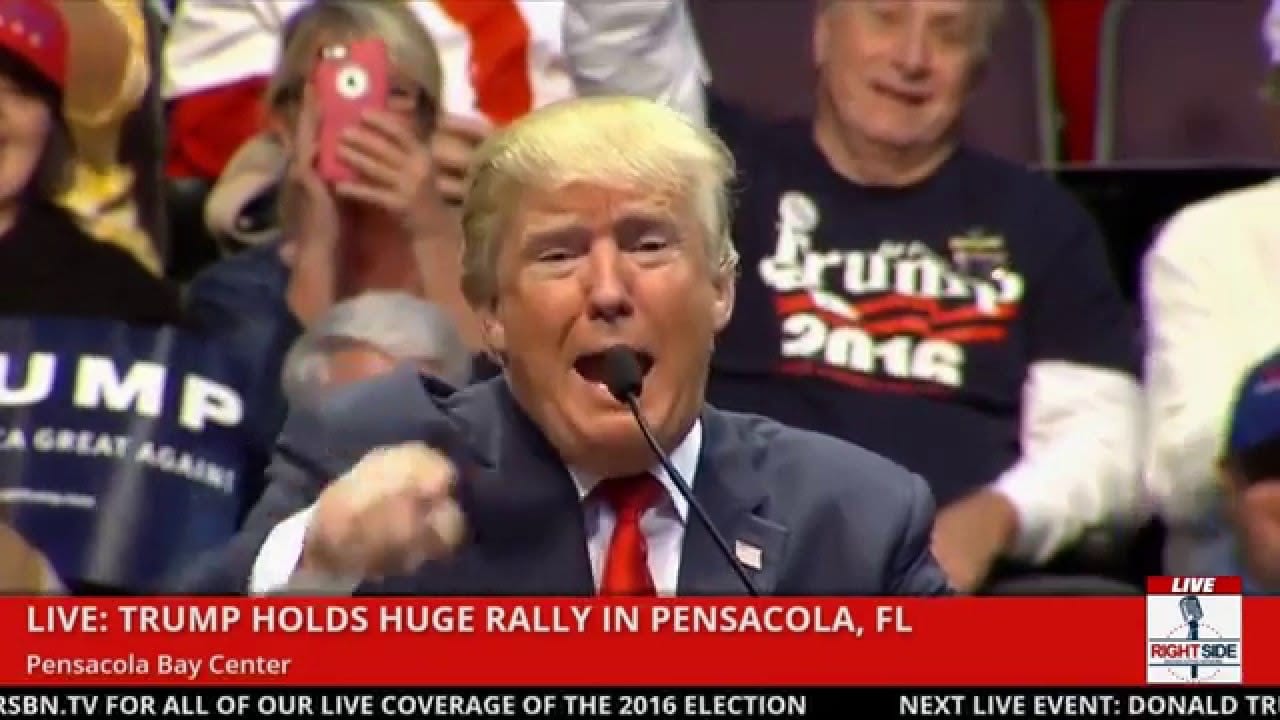 Few things can ruin a large event, especially a big speech, like a bad microphone system. Every time someone tries to say something, the mic system pops and pings. It’s so irritating. That’s exactly what happened to Republican front runner Donald Trump at a rally in Pensacola. And The Donald made sure everyone knew how much he hated that mic.